Wearing a face mask is mandatory at all times even inside the auditorium, gloves are optional.
- We have limited our seating capacity to maintain social distancing within the auditorium.
- The maximum number of seats that can be selected online is up to 4 seats. Please email [email protected] if your group is larger.
Please make your seat selection strictly based on your group size (1, 2, 3 or 4). Please ensure no empty seat remains next to your selection.
- Social distancing will be maintained inside the auditorium, please sit in your assigned seat only.
- Families are allowed to sit together (a maximum of 4 people).
- Compliance with the stated safety measures is legally required in all areas within the venue. 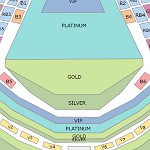 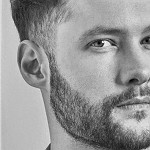 A global superstar in the making, Calum, was born in the port city of Hull in Northern England.

Described as the golden-voiced singer-songwriter, his stunning pure voice partnered with his vulnerable and raw lyrics makes an impressive splash across the board garnering him to be one of the best-selling singing sensations of today.

His debut album, ‘Only Human’, hit number 1 on iTunes in 21 countries, sold over 3.2 million in adjusted album sales, and has amassed over 6.4 billion combined streams and more than 50 Platinum and Gold awards across 21 countries.

While his hit single, ‘You Are The Reason’, is certified Platinum and has over 3.7 billion streams and more than 14.3 million in adjusted single sales worldwide.

It has featured in Spotify’s Top 25 US Viral 50 and the Top 10 on iTunes Single Charts in 38 countries, as well as gaining over 590 million official video views.

Scott’s most recent single is ‘No Matter What’, and the accompanying video has amassed over 100 million views.

Calum was nominated for a Brit Award for ‘Best Single’, for his version of Robyn’s ‘Dancing On My Own’, which became a global sensation, amassing over two billion streams worldwide, and is now Platinum in five countries.