at The Theatre, Mall of the Emirates, Al Barsha 1 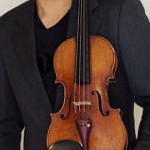 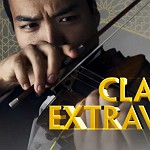 Featuring popular classical scores such as, “The Four Seasons” of Antonio Vivaldi, and the passionate sound of tango in “The Seasons in Buenos Aires” by Astor Piazzola, “Classica Extravaganza” is a two-night festival of classical music to be performed by the renowned Almaty Symphony Orchestra led by the virtuoso and award-winning soloist from Madrid, Erzhan Kulibaev at The Theatre on Thursday 28 & Saturday 30 January 2021.

The Almaty Symphony Orchestra is bringing their world-class performance for the first time to the UAE after their successful tours in Europe, the USA, Asia, and the Middle East commencing their season of classical concerts in the region.

The orchestra has won an accolade for creating the best show, “Mr. Adam” in 2019 under the category “Best Application of Innovative Technologies” in Moscow.

Following a standing ovation from an emotional performance of his Stradivarius in Argentina, the young prodigy Erzhan Kulibaev has won the 2015 S&R Washington Award and is a former prize winner at the Wieniawski and Enescu International Violin Competition, First Prize winner at the Demidovski, Lisbon, Novosibirsk, Hindemith, and Buenos-Aires International Violin Competitions.

He collaborated with artists such as Valery Gergiev, Vladimir Ashkenazy, David Geringas, Maxim Vengerov, to name a few.