Due to mature of content and adult themes, this event is recommended for Patrons 18 years and above.
Patrons under 18 years are permitted at Parents’ discretion and must be accompanied by an adult.

The Opera Cafe and Bars open 2 hours before the show begins.
- Latecomers may only be admitted at a suitable pause.
- Please ensure you read Dubai Opera’s Covid-19 safety measure information before your visit.
- You will be required to bring a face mask, and where it at all times, including inside the Auditorium.
- You will be asked to leave if you are not wearing your face mask correctly.

Wearing a face mask is mandatory at all times even inside the auditorium, gloves are optional.
- We have limited our seating capacity to maintain social distancing within the auditorium.
- Buying tickets online is recommended.
- Please choose mobile ticket or e-ticket delivery method.
- The maximum number of seats that can be selected online is up to 4 seats.
- Please make your seat selection strictly based on your group size (1, 2, 3 or 4). Please ensure no empty seat remains next to your selection.
- Social distancing will be maintained inside the auditorium, please sit in your assigned seat only.
- Families are allowed to sit together (a maximum of 4 people).
- Compliance with the stated safety measures is legally required in all areas within the venue. 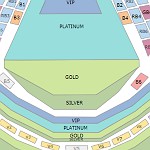 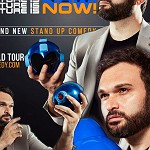 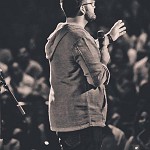 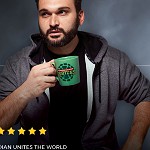 Funny-man NEMR is credited with establishing and pioneering the stand-up comedy scene throughout the Middle East where he performs in English.

An accomplished stand-up comic with eight full feature shows, Nemr’s second world tour, ‘Love Isn’t the Answer’, successfully stretched from the US to the Middle East, with crowds of up to 6,000 people at every show.

That global event was captured in his hit comedy special, ‘No Bombing in Beirut’, which was filmed in both Lebanon and Los Angeles, and premiered on Showtime, and is now available worldwide.

Following his successful world tour, ‘Love Isn’t the Answer’, the premiere of his comedy special ‘No Bombing in Beirut’, and Nemr’s brand new show, ‘The Future is NOW!’.

Timings:
Thursday 22 October 2020 from 8pm to 9.30pm.
Times are approximate and subject to change at any time. The show duration is estimated to be approximately 1 hour 30 minutes including 20-minute interval.