There are limited RTA-controlled parking bays around the venue.
We strongly advise taking public transport to the venue 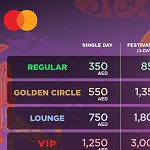 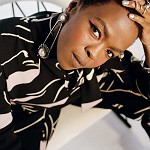 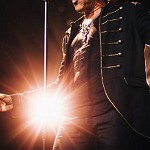 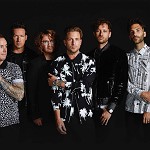 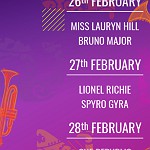 DAY 1 - WEDNESDAY 26 FEBRUARY 2020
Ms. Lauryn Hill’s prolific rhymes catapulted her into the public eye as a member of the Fugees and as a solo artist with her debut The Miseducation of Lauryn Hill.

Support from Bruno Major, the British singer-songwriter and guitarist. Originally a jazz musician, his debut 12-song R&B album  A Song for Every Moon was released in 2017.

DAY 2 - THURSDAY 27 FEBRUARY 2020
International superstar Lionel Richie has a discography of albums and singles that are second to none.

His music is part of the fabric of pop music; in fact, Richie is one of only two songwriters in history to achieve the honor of having #1 records for nine consecutive years.

With more than 100 million albums sold worldwide, an Oscar®, a Golden Globe®, four Grammy Awards®, the distinction of MusicCares Person of the Year in 2016, and Kennedy Center Honoree in 2017.

In March 2018, Richie put his handprints and footprints in cement at the TCL Chinese Theatre IMAX in Hollywood, one of the oldest awards in Hollywood.

The Tuskegee, Alabama native is a true music icon.

Lionel Richie is known for his mega-hits such as “Endless Love,” “Lady,” “Truly,” “All Night Long,” “Penny Lover,” “Stuck on You,” “Hello,” “Say You, Say Me,” “Dancing on the Ceiling,” and co-wrote one of the most important pop songs in history, “We Are the World,” for USA for Africa.

His song catalogue also includes his early work with The Commodores, where he developed a groundbreaking style that defied genre categories, penning smashes such as “Three Times a Lady,” “Still,” and “Easy.”

Richie was a judge on ABC’s American Idol this past season and has returned for the 2019 season.

He launched his Las Vegas headlining residency show, Lionel Richie—All the Hits, at The Zappos Theater at Planet Hollywood Resort & Casino in April 2016.

With his most recent All the Hits, All Night Long Tour, Richie sold out arenas worldwide. In recent years, he also headlined festivals including Bonnaroo, Outside Lands, and Glastonbury, drawing the festival’s biggest crowd ever with more than 200,000 attendees.

DAY 3 - FRIDAY 28 FEBRUARY 2020
In creating their third full-length album, OneRepublic traveled to Paris, Greece, London, New York, Seattle, and Vancouver to write, record, and immerse themselves in elevating and expanding their already-sweeping sound.

Also working at lead singer/songwriter/ keyboardist and GRAMMY® winner Ryan Tedder’s own Patriot Studios in Denver, OneRepublic (whose 2007 smash “Apologize” ranks in the top 50 on the Billboard Hot 100’s All-Time Top Songs list) redefined their approach to rhythm and infused their high-powered rock-pop hybrid with elements of electronic music, gospel, blues, and folk.

A bold and boundary-pushing follow-up to 2009’s Waking Up, the resulting Native offers up a surge of stadium-sized rock that’s fiercely beat-driven yet ethereal and intimate.

A key factor in shaping OneRepublic’s newly refined sound, writing and recording in faraway places was crucial to opening up their sonic possibilities.

Support from Sammy Miller and the Congregation. We play joyful jazz music that feels good.