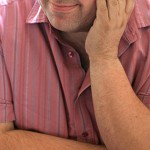 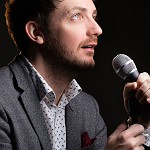 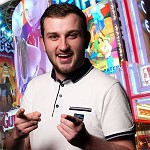 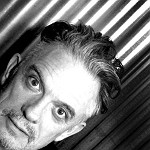 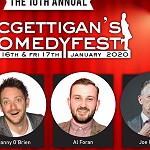 PLEASE NOTE THAT THURSDAY 16 JAN HAS SOLD OUT!
TICKETS TO FRIDAY 17 JAN ARE STILL AVAILABLE.

January needn’t be all doom and gloom, McGettigan’s JLT are ready to make you laugh until it hurts with Comedyfest 2020 featuring some of Ireland’s best comedians and impressionists.

Taking place on Thursday 16 and Friday 17  January, the annual McGettigan’s Comedyfest is back for it's 10th year running, promising to banish the January blues with two nights of uproarious comedy and side-splitting laughter for a wallet-friendly AED 50.

KARL SPAIN
No stranger to the Comedyfest stage, is Limerick comedian Karl Spain. Karl is probably best known in Ireland for his TV series ‘Karl Spain Wants A Woman’, which was a huge success in that he not only got huge ratings but he also found himself a woman.

Apart from his own series, he has also performed stand up on television all over the world– the US, the UK, the Middle East and Australia, as well as on countless Irish TV shows, and has toured worldwide with Scottish comedian Kevin Bridges and Irish funnyman Ed Byrne.

Karl is a resident writer for the topical comedy TV show, Republic of Telly and for countless other comedians, and with over fifteen years of experience under his belt remains “achingly funny”- The Sunday Times, and a stalwart of the Irish comedy scene.

He performed his first solo show at the 2012 Edinburgh Fringe Festival to rave reviews and scooped the title of “Dublin’s Funniest Comedian” at the prestigious ‘Stand Up For FM104’ that same year.

In 2014 Danny performed at the Edinburgh Fringe with his second solo show ‘Back To The Hills!’ and had a hugely successful sold-out run, returning in 2015 with ‘Ah Jaysus!’ and ‘Who breaks up with Stella?’ in 2016 with triumphant runs to full houses followed by shows in Ireland, the UK and Europe and the US.

AL FORAN
Al Foran makes his Comedyfest debut this year, bringing with him his catalogue of over 100 different voices. An impressionist of extraordinary talent, Foran is best known for his hilarious impressions of sports stars and celebrities such as Robert de Niro, Joe Pesci and Mike Tyson to name but a few.

After receiving worldwide recognition for his priceless imitation of UFC sensation Conor McGregor in 2015, Foran’s videos have been shared countless times across social media and his popularity has skyrocketed.

He is now a regular on Irish TV show ‘Funny People’ and is currently working on a live show called ‘The Impersonators’ with some of Ireland’s top mimics.

JOE ROONEY
"Rooney is very funny, but it is with his guitar in his hands that he becomes unmissable" - TheStage

Arguably best known for his role as Father Damo is in the Irish sitcom, Father Ted, Joe Rooney brings his energetic mixture of stand up and musical comedy to McGettigan’s Comedyfest.

Joe Rooney was voted Best Comedian 2017 at the recent Pure M Awards. He has been a headline act in venues all over Britain and Ireland for many years including The Stand (Edinburgh, Glasgow, Newcastle), The Empire (Belfast) and Laughter Lounge (Dublin) and has headlined clubs in China, Kansas City, Dubai, Moscow and Bahrain

Deemed "occasionally laconic, at times infectiously manic, and always riveting" by Ireland’s Hot Press magazine, Rooney brings years of experience and hilarious observations to his stand up routine, delighting audiences of all ages and nationalities.

Entry is AED 50 which includes a complimentary beverage before 10pm.