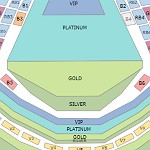 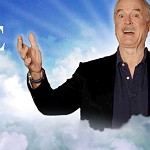 Don’t miss the “One and Only” John Cleese as he examines the dysfunctional world we live in at Dubai Opera on Wednesday 16 December 2020.

“The world’s funniest man” first made his mark as a member of the legendary Monty Python troupe in the 1960s and has gone on to write, produce, direct and star in some of the greatest comedic hits of the last forty years, even receiving an Oscar nomination for best screenplay for A Fish Called Wanda.

The book shares his ascent in the entertainment world, from his humble beginnings in a sleepy English town and his early comedic days at Cambridge University.

Come spend a hilarious evening with the “One and Only” John Cleese.

Timings:
Wednesday 16 December 2020 from 8pm to 9.30pm.
Times are approximate and subject to change at any time. The show duration is estimated to be approximately 90 minutes