at The Irish Village Garhoud Garhoud 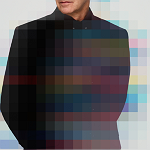 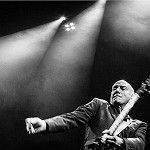 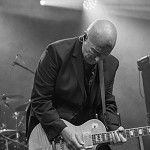 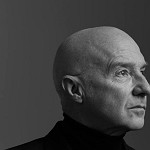 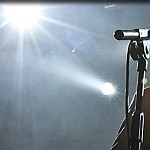 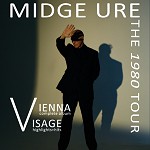 05/03/2020: PLEASE NOTE THIS EVENT HAS BEEN POSTPONED. A NEW DATE WILL BE ANNOUNCED SHORTLY.

ALL TICKET HOLDERS WILL BE REFUNDED IN FULL.

Playing Vienna, the complete album as well as selected highlights from Visage.

Midge Ure and band they will perform Ultravox’s classic Vienna album in full and also include highlights from Visage’s self-titled debut album.

Both these trailblazing synth-pop albums were released in 1980 – Vienna has never previously before been performed in its entirety, while selections from Visage will also be making their live debut.

Autumn 1979 was a pivotal point in my career trajectory.....over the previous two years I had travelled from “pop band” (Slick) to “post punk band” (The Rich Kids) to being a stand in guitarist for Thin Lizzy, who were a huge influence on me when I was growing up.

Over the course of autumn into winter 1979, I completed the Visage project with Billy Currie and was then invited to join Ultravox.

The work we did that winter on the Vienna album was an exhilarating rush of creativity that was seldom rivalled in our history.

Forty years later I want to celebrate this period and as we pass from 2019 into 2020 play the Vienna album in its entirety along with highlights from the eponymous Visage album.

Join me and my Band Electronica on this celebration journey back to 1980!