The Laughter Factory's ‘I Think my Algorithms Hate me!’ Tour Oct 2021

All current government guidelines are complied with at each venue 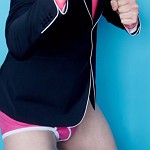 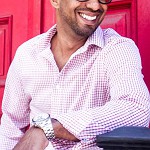 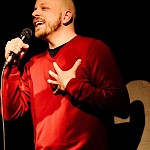 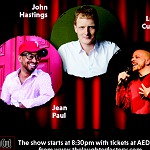 The Laughter Factory’s ‘I Think my Algorithms Hate me!’ Tour featuring the fabulous John Hastings, Jean Paul & Luca Cupani comes to some stunning Dubai venues from Thursday 14 to Friday 22 October 2021.

Oxytocin is one of our most important hormones and can only be produced when we are in contact with other humans.

If you are spending too much time staring at a screen and starting to feel a bit paranoid, the Laughter Factory has the perfect cure.

Our strict mobile phone ban means that for two hours you are forced to look up, laugh and not only enjoy the comedy but the other people in the room.

You won’t just feel fantastic during the show but for days after.

The first of October’s happy hormone providers is star of BBC Radio 1,3 and 4, John Hastings.

Pre-covid John headlined every major comedy festival in the world.

He was most recently spotted on America's Got Talent performing to no audience (THANKS COVID!) and yet still received a standing ovation from the panel.

When Kevin Hart saw Jean Paul, he just had to have him on his network, LOL.

His international comedy appeal has allowed him to perform extensively across Canada, the US, the Caribbean, Israel, South Africa and the UK. Next stop, Dubai!

Finally, Luca Cupani, will be the first Italian comic to ever hit The Laughter Factory stage.

One of the must see acts at the ‘Just for Laughs’ comedy festival in Montreal and winner of Edinburgh’s ‘So you think you are funny?’

This will be a rare opportunity to discover the hilarious side of Italy.

We think that It might just be the start of the next Renaissance.

Come and join us for the best mental and emotional detox possible.

It’s good to laugh and it’s even better to do it with other people.

So, round up the troops and we will see you on the battlefield!

ICC T20 World Cup: England vs A1
Sport, One-Off Event
Related to The Laughter Factory's ‘I Think my Algorithms Hate me!’ Tour Oct 2021