The Laughter Factory’s ‘Best of the Fest’ Tour 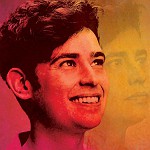 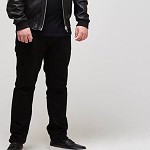 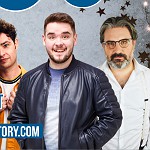 The Laughter Factory hosts its ‘Best of the Fest’ Tour’ with Brennan Reece, Rich Wilson and Adam Rowe at various Dubai venues from Thursday 14 to Friday 22 November 2019.

Welcome Ladies and Gentlemen to The Laughter Factory!

Prepare yourselves for a night of flamboyant, hysterical and outrageous live comedy that will knock your socks off!

Making his debut appearance in the Middle East, Brennan Reece has zoomed like a rocket, from a North of England council estate, to star of ‘Live at the Apollo’.

This ridiculously funny comic, is fiercely proud of his working class background and gives us plenty of laughs about it.

Despite his down to earth demeanor, this wordsmith from the North has already sold out, 3 UK tours.

Back by popular demand, award-winning comedian Rich Wilson is one of the UK's finest comedians and won the prestigious New Zealand Comedy Festival Award for "Best International Act."

Rich has been "winning over audiences in seconds" at all the major UK comedy clubs, The Comedy Store, Glee Club and The Stand but to name a few.

Described as, "Highly entertaining” by Time Out London. This firecracker of a comic always delivers a hugely enjoyable set

Finally we are delighted to see the return of one of the most exciting, young comics in the world; Adam Rowe has risen from a prodigious newcomer to an international headline act.

His phenomenal ad-libbing ability make each of his performances unique, gloriously unpredictable and, most importantly, always hilarious.