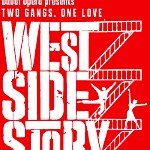 This April, Dubai Opera will present West Side Story, the most popular American musical of all time, in a rare touring production featuring Jerome Robbins' original choreography that has thrilled audiences on three continents since 2003 and been seen by over three million people in 28 countries.

A new international creative team has been assembled around the renowned Broadway director and actor Lonny Price, who will open the next chapter in the classic musical’s epic success story.

Members of the New York street gang the “Jets” patrol their dusty territory, provocatively snapping their fingers, always on the lookout for their rivals, the Puerto Rican “Sharks”.

Fiery Latinas dance to sultry Mambo rhythms in the summer heat, dreaming of a better life. In the midst of it all: a great love fighting but failing to overcome the obstacles and prejudices that stand in its way. Trouble is brewing on the Upper East Side.

Maria, Tonight, Somewhere, America – just a few notes of these world-famous songs evoke the unforgettable images and emotions of West Side Story.

With its 1957 Broadway premiere, Leonard Bernstein, Jerome Robbins, Arthur Laurents and Stephen Sondheim redefined an entire genre, both musically and in terms of dance.

Nominated for seven Oscars and taking home one of the coveted trophies, Stephen Spielberg’s cinematic version of 2021 proves just how unique and timeless this modern interpretation of the “Romeo and Juliet” story is!

Timings:
Tuesday 25 to Sunday 30 April 2023.
Times are approximate and subject to change at any time. The show duration is estimated to be approximately 2.5 hours with intermission