Travis: The Invisible Band in Concert 2022

Proof of Vaccination is not required for this event
- Entry may be refused if the below conditions are not met:
- Please make your seat selection strictly based on your group size (1,2,3 or 4)
- Any selection that is not based on the group size can lead to entry rejection on the day of the event.
- The maximum number of seats that can be selected online is up to 4 seats.
- When choosing your seats online please make sure no empty seat remains next to your selection
- Wearing a face mask is mandatory at all times, including inside the Auditorium. You will be asked to leave if you are not wearing your face mask correctly.
- Please do not attend if you have COVID symptoms. 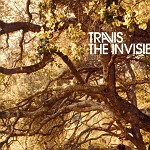 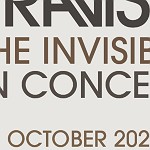 Proof of Vaccination is NOT required for this performance.
Multi BRIT award winners Travis return to Dubai to perform their classic album 'The Invisible Band' in full and other iconic songs at Dubai Opera on Monday 17 October 2022.

Upon its release, Travis’ third album ‘The Invisible Band’ spent four weeks at Number One in the UK, achieved four times platinum status and included the hits “Sing”, “Side” and “Flowers In The Window”.

Over the years, Travis have headlined Glastonbury, T in the Park, Witnness Ireland, Fuji Rock Japan, Benicassim Spain and many more of the world's leading festivals, as well as epic performances at Coachella & Montreux, to name but a few.

Timings:
Monday 17 October 2022 from 8pm to 9.30pm.
All times are approximate, running time is 90 mins without intermission

There is an error in the form
You have successfully registered
Related to Travis: The Invisible Band in Concert 2022