at Mall of the Emirates, Al Barsha 1 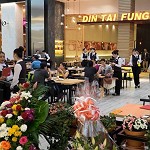 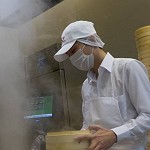 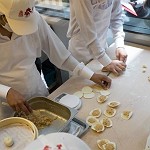 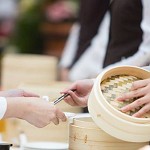 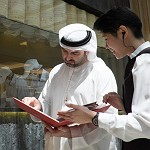 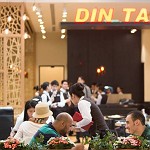 Ranked as one of the world’s Top Ten Best Restaurants by The New York Times, Din Tai Fung has its roots dating back to Taiwan 40 years ago.

Please note that Din Tai Fung does not have a pork licence and does not serve pork dumplings. It does serve chicken and shrimp xiao long baos.

Din Tai Fung’s cuisine is all about harmony. Utilising the freshest ingredients paired with a relish for simple cooking styles, the recipe selection is never too rich or heavy on the palate, and is a fresh welcome given the increasing preference for healthy cooking.

With a wide selection of enticing dishes, diners are destined to tuck into flavourful creations that burst into delight with each and every bite.

The Legacy
The founder of Din Tai Fung was a man called Bingyi Yang. Born in 1927 in China's Shanxi Province, he moved to Taiwan as a young man in search of better prospects. His first job was as a deliveryman at a store called Heng Tai Fung, which sold cooking oil.Impressed with his hard work, the owner quickly put Bingyi in charge of the oil store’s accounts after just two years of service. But due to other business losses, the oil store was forced to shut down, leaving Bingyi unemployed.

Bingyi decided to start up his own oil shop with wholesale oil purchased from Din Mei Oils. To show his appreciation to his first boss at Heng Tai Fung, he named his new store Din Tai Fung.

However, when tinned oil went on sale around 1972, sales at Din Tai Fung plummeted. Taking advice of a friend, Bingyi and his wife turned half of their shop towards making and selling steamed dumplings. The quality and exceptional taste of Din Tai Fung’s steamed dumplings attracted many customers and the business took off thanks to its strong word-of-mouth. Spurred on, Din Tai Fung stopped selling oil and turned into the full-fledged restaurant it is today.

This was the humble and inspiring beginning of an international brand – Din Tai Fung.