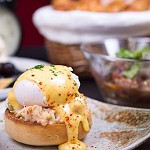 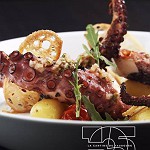 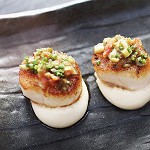 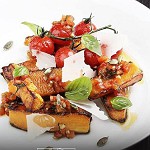 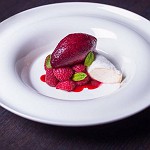 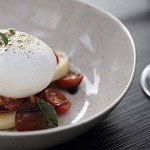 Make your grand entrance, in between twin skyscrapers.

White curtains for video screenings, an array of lighting that colours our world according to your mood, live music to complete the picture…

And picture this: La Cantine du Faubourg is an up-beat rendezvous with the arts.

Eat with your eyes, feed your soul and watch us showcase today’s most audacious photographers, painters, sculptors, musicians and singers…

Get ready for your next art attack!

Here is an elegant restaurant where you will meet familiar faces, within a dynamic urban context. There is a place for everyone at La Cantine du Faubourg: those who prefer a “behind-the-curtain” dinner at the “table d’hôtes”; those who would rather relax in a private booth; those who stay perched on tall bar stools…

Everything is always moving, changing on the spur of the moment, for a clientele of decision makers and trend setters.

Modern Paris on your plate
Yes, Paris boasts a strong heritage of rustic bistros and traditional brasseries. But as a capital city, it also drums an international beat, with influences from around the world.

What was previously a site for a bank quickly bloomed into one of the City of Lights’ most coveted addresses for a hip lunch, after-work drinks, dining and entertainment.

There are many reasons for our success.

The concept relies on five key principles: sound, music, image, art and food. A hybrid gateway for celebrities and beautiful people from around the world, in search of their private playground and a multi-sensory experience.