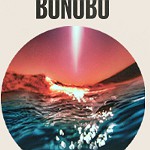 One of the biggest names in dance music, Green’s career includes 7 Grammy nominations and playing to 2 million people for the tour supporting his 2017 album Migration.

He is also a favorite mainstage performer at the world’s greatest music festivals and has worked with Erykah Badu, Ólafur Arnalds and Jon Hopkins, and remixed artists including Michael Kiwanuka, Gorillaz, George Fitzgerald and London Grammar.

Fragments is the most emotionally intense record that Bonobo - aka Simon Green - has ever had to make.

It’s no surprise that it’s also his masterpiece.

Born first out of fragments of ideas and experimentation, the album ultimately was fused together in a burst of creativity fueled by both collaboration and Green’s escape into the wild.

Fragments is truly a record for our times, full of tension and release on both an intimate and elemental scale. It is the sound of both struggle and isolation – personally and collectively – and of a surging, joyous return: a gorgeous reminder of how creativity and hope can emerge at the most unexpected moments out of struggle and disillusionment.

Timings:
Saturday 11 March 2023 from 8pm to 9.30pm.
Times are approximate and subject to change at any time. The show duration is estimated to be approximately 90 mins without intermission