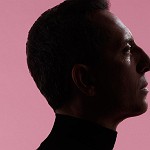 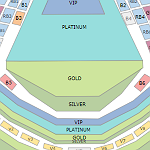 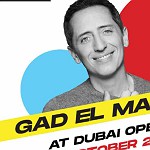 Continuing in style, this year's Dubai Comedy Festival goes into the weekend with French-Moroccan comic Gad Elmaleh at Dubai Opera with a night of unforgettable laughter on Friday 23 October 2020.

Gad Elmaleh is a French-Moroccan stand-up comedian and actor who has achieved widespread notoriety in France, Morocco and the United States.

He is a star in the French-speaking world and more recently in the United States.

He has starred in several feature films, including Coco, Priceless, La Doublure, and Midnight in Paris.

Voted the funniest person in France, he was named ‘Knight of the Order of Arts and Letters’ by the Minister of Culture.

He was also named ‘Knight of the National Order of Quebec’.

Elmaleh is often referred to as the ‘Seinfeld of France’ and has performed numerous sold-out world tours, in arenas across the globe. In 2015 and 2018, Elmaleh did national comedy tours across the United States.

In 2019, he released the Netflix series ‘Huge in France’.

Timings:
Friday 23 October 2020 from 9pm to 10pm.
Times are approximate and subject to change at any time. The show duration is estimated to be approximately 60 minutes with no interval.