Funny Side Up Season 4 Atul Khatri Live In Dubai 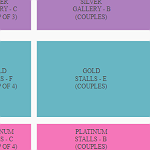 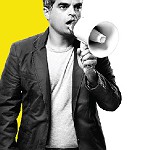 Atul Khatri is an Indian stand-up comedian and YouTube personality. He was rated among the top Indian comedians by CNN-IBN and was the only Indian to perform in the Hong Kong International Comedy Festival (Sep 2014). He is also the winner of the "CEO's Got Talent" award by FremantleMedia.

Atul Khatri has done over 400 comedy shows, television advertisements and Youtube videos, he was also one of the three finalists at the Melbourne International Comedy Festival held in Delhi in 2012.

Khatri performs at The Comedy Store and the Canvas Laugh Factory, and with East India Comedy. He also performed in San Francisco for a fundraiser organized by American India Foundation.

Whose Line Is It? Brought To You By The Noise Next Door - MOVENPICK JBR Show
International Artist, Arts, One-Off Event, Theatre