Enjoy free WIFI throughout the theatre

No, there is no dialogue in the show.

Due to social distancing requirements, the La Perle Box Office will be selecting seats for each booking to ensure adequate spacing.
- Audience members should be aware that the first two rows are splash seats.
- You are more than welcome to take pictures throughout the show on your mobile phone, however, use of flash is strictly forbidden. Anyone found taking photos using flash will be asked to leave the premises.
- The theatre is all indoors and air conditioned.
- Any food purchased at the venue is permitted in the theatre.

The DSS Staycation T&Cs
- Hotel bookings are valid only for night of show and reservation will be made automatically.
- Guest responsible for any Hotel service fees, municipality fees and VAT.
- Hotel stay is room only, no F&B included, but guests may avail of a 25% discount applicable in all outlets.
- This offer have no cash value, may not be combined with any other offer and is not valid towards previously purchased tickets.
- La Perle reserves the right to cancel, modify or suspend this offer at its sole discretion and without prior notice.

There is an underground car park situated to the right of St. Regis Dubai, as you look at the hotel.
- Head down to B2, where you will find plenty of car parking spaces.

La Perle is fully equipped to providing access for people with special needs to all of its facilities. 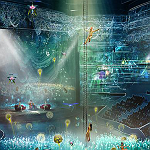 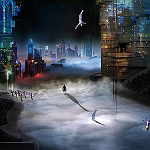 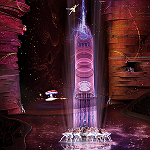 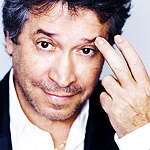 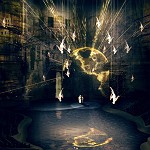 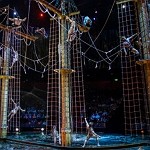 UPDATE: It's showtime. Bookings from Thursday 30 July 2020.
Please note that due to social distancing requirements, the La Perle Box Office will be selecting seats for each booking to ensure adequate spacing.

With its one-of-a-kind theatre built in the heart of Al Habtoor City, La Perle will be the region’s first resident show.

It will feature a cast of 65 artists, each bringing their own unique set of skills to the performance, ranging from acting, acrobats, aquatic and aerial stunts.

These often gravity-defying performers will mesmerise as they dive into an on-stage pool, creating a visually captivating experience both below and above stage level.

Orchestrated by Franco Dragone
La Perle has the highest production credentials, starting with creator and producer of the show, Franco Dragone, who is one of the most sought-after artistic directors in the world.

Dragone is internationally renowned for reinventing the genre of theatre and changing the face of live entertainment in Las Vegas.

Some of his most celebrated shows in the last decade include Celine Dion - A New Day, Le Rêve (Las Vegas) and The House of Dancing Water (Macau.)

The theatre is uniquely designed with a 270 degree angle, whereby every audience member can witness the action unfold from every angle.

We also have a luxurious staycation planned for you! Buy two VIP tickets to La Perle and stay in a grand suite room at Habtoor Palace, you'll also have complimentary access to the VIP lounge before or after the show where you can enjoy delicious appetizers and soft beverages.

With this package you'll also receive a 50 AED vouchers to be redeemed at the merchandise area, a free La Perle show program and complimentary valet parking at the venue!