All current Dubai Covid-19 regulations are adhered to at each venue.
- All customers will be emailed any additional measures prior to the show 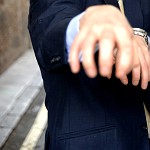 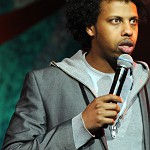 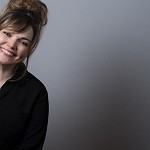 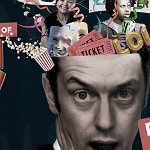 The Laughter Factory’s ‘A Truly Memorable, End of Season Party' Tour with Paul Tonkinson, Naomi Cooper and Prince Abdi at some great Dubai venues between Thursday 3 until Friday 11 December 2020.

The Laughter Factory’s end of season party is ideal for groups of friends and office parties alike.

This outrageous fun night out, boasts three of the funniest people from shows such as’ Live At The Apollo’, ‘Mock the Week’ and Michael McIntryes Road Show.

Headlining the tour, Paul Tonkinson has long upheld his esteemed reputation, as one of the finest stand-ups the UK has to offer.

With a unique and distinctive style, Tonkinson is noted for his effervescent physicality and skillful impressions, which bring alive exuberant, tender comic reflections on love, family and the day-to-day idiosyncrasies of 21st century living.

Making her debut at The Laughter Factory, Naomi Cooper is simply funny. Described as “A comedy badass” and “A delightfully joyful demeanour that fills the stage with mischievous glee.” – Chortle.

Naomi Cooper is someone to look forward to seeing in a small club, before she’s playing arenas.

Finally, we have BBC sketch show star Prince Abdi, who has also wowed audiences on Comedy Central’s ‘The World Stands Up’.

This Somalian born British stand up draws on his migrant background to create a uniquely hilarious style of storytelling.

Such a diverse bill, will ensure everyone has something to laugh about.

So don’t miss three of the world finest gag merchants, peddling naughty jokes to the loveliest comedy audience you could ever hope to spend time with.

To eat at Zabeel House by Jumeirah The Greens please note that all pre show tables MUST BE pre-booked in LAH LAH and must be vacated by 8pm. Please call +971 4 519 1111. Your ticket does not automatically guarantee you a table in LAH LAH prior to the show. The show is in 'The Box’ (opposite LAH LAH).

Doors open at 6pm for all venues and show starts at 8.30pm (except Grand Millennium Business Bay on Fri 11 Dec at 7pm).