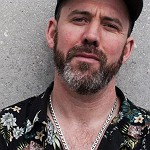 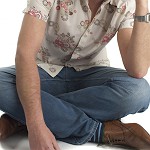 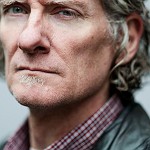 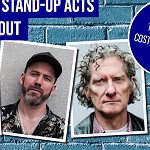 PLEASE NOTE THAT DUE TO A DRY NIGHT ON FRIDAY 9 AUGUST, THE SHOW AT Grand Millennium Barsha Heights HAS BEEN CANCELLED. EXISTING CUSTOMERS CAN SELECT AN ALTERNATIVE DATE.

The Middle East’s longest running night out will be hitting the town with a comedy sledgehammer this August.

Headlining this wrecking ball of a show will be Australian bad boy Ro Campbell. Described by’ the List’ as ‘Effortlessly Brilliant’ The Middle East is in for a real comedy treat.

Rising star Scott Bennett will be making his debut performance at the Laughter Factory, this versatile and confident performer never fails to deliver a truly fantastic set of stand up.

Finally Dave Fulton is quite possibly the angriest American you will ever come across. His humour isn’t dark, it’s a complete blackout.

If you scare easily, this isn’t the show for you.

Ro Campbell
You may remember Ro Campbell from his role as Darryl the nasty bully who beat up a deaf boy and stole his hearing aid in 1988 Emmy award winning film Captain Johnno, but its highly unlikely.

Following a brief spurt of child acting breaks in the 80’s Ro forgot all of his lines in a high school play and vowed never to set foot onstage ever again .

His late teens and 20’s were spent traveling Australia and the world doing a litany of jobs including cook, fisherman, sheep shearer and Golf Sale sign holder, before spending a number of years as a stagehand/roadie working behind the scenes with some of the biggest names in sports and entertainment.

He was almost fired for running across the stage at a KISS concert in a G String and a Bra.

In 2004 Ro found work, rigging venues at the Edinburgh Fringe and for the first time found himself immersed in the world of stand up comedy. Something clicked and after a 12 year hiatus he decided to get back onstage, but this time as himself.

Since then the UK based Aussie has carved a reputation as one of the hardest working comedians on the International Circuit, creating waves of laughter in over 40 countries with his relentlessly entertaining brand of cheeky slightly dark humour.

Ro has headlined every major comedy club in South East Asia and in 2019 was invited to be part of Magners Comedy Festival Asia.
He has also performed solo shows at the last 12 Edinburgh Fringe festival’s and has made The Scotsman’s pick of Best Jokes of The Fringe. In 2010 he was  crowned Scottish Comedian Of The Year (slighty controversial being Australian and all).

He recently opened for Kevin Bridges in Australia and has regularly appeared at Kevin Bridges and Friends live at The Stand Comedy Club in Glasgow.

Scott Bennett
After starting comedy in late 2009, Scott has rapidly established himself as one of the fastest rising stars on the UK circuit.

Likeable, with a warm and engaging delivery, he is a Yorkshire live wire with an undeniable no nonsense logic. In demand by many of the big clubs, Scott delivers wry observations on the absurdity of modern living.

His sharply written routines have been delighting audiences across the country.

In 2013 and 2015 he was selected to perform in the prestigious Big Value showcase show for Just the Tonic at the Edinburgh Fringe, the show has previously been a springboard to success for many household names including Jason Manford and Sarah Millican.

His debut hour stand up show "About a Roy: Stories about me dad" was nominated for the highly acclaimed Amused Moose Comedy Award and was selected as one of the top ten shows at the Edinburgh Fringe Festival in 2015.

As well as receiving rave reviews, Scott was selected to perform an extract from the show as part of the famous Mervyn Stutter's "Pick of the Fringe Showcase".

His second show "Leap Year" was nominated for Best Show at the Leicester Comedy Festival in 2019 and completed a sell-out run to critical acclaim at the 2018 Edinburgh Fringe Festival.

A versatile and confident performer Scott regularly appears at many of established clubs including; The Comedy Store, Glee, Jongleurs, Highlight, Just the Tonic, Ten Feet Tall, Funhouse Comedy, Buzz Comedy, Frog and Bucket, Baby Blue, Hilarity Bites and many other independents. He is a resident MC with Funhouse Comedy and is also making a name for himself on the corporate and after dinner speaking circuit.

Recently Scott was also thrilled to be selected to do a support slot for Michael McIntyre as part of his work in progress shows at the Duchess Theatre in London alongside Keri Godliman, Russell Kane and Ed Gamble.

Scott is also a regular writer and performer on the new "Panelbeaters" show created by Gary Delaney and Ciamh McDonnell.

The show, presented by Jason Manford, recently completed some sell out dates at the Lowry theatre in Manchester.

In 2017 and 18 Scott supported his comedy hero, Rob Brydon on his National UK tour dates for his latest show "I am Standing Up"

In 2018 and 2019 Scott was tipped as one of the "ones to watch" by respected industry online magazine, Chortle.

As well as working as a successful stand-up comic in his own right, Scott has written for high profile acts including Jason Manford, is a writer for The Chris Ramsey show for Comedy Central and has written for the News Quiz on BBC Radio 4.

He has also featured on the BBC Radio 4Extra podcasts, "The Comedy Club" with Arthur Smith and "Knock Knock" with Helen Lederer.

Dave Fulton
Started making a living doing stand-up comedy stateside back when there was only clubs and Letterman.

Never envisioned it would lead to living in London England and to have done shows in 25 different countries including Australia to Kazakhstan to Helsinki to Tokyo to Hong Kong and even Mumbai, India but through all that I still find time to do the occasional show back in America.

Not satisfied with just stand-up and a bit of acting there’s also the series of dark comedy short films written and directed by me soon to be available on Amazon and iTunes.

Television credits include numerous appearances of Live at The Comedy Store in London, Live at Jongleurs, Comedy Train International at Toomler in Amsterdam, Raymond Is Laat in Rotterdam, The World Stands Up, The World Comedy Tour filmed in Melbourne, Never Mind The Buzzcocks and They Think It’s All Over on the BBC, Brain Candy a Baby Cow Production as well as being asked as to express his views as a frequent guest on various BBC news programs both on television and on radio.

Acting credits include the character ‘Glenn’ in the horror film Blood Mood and ‘Vinny’ in the UK Comedy Central 8 part sitcom I Live With Models.

When nothing else is going on I’m building motorcycles, climbing frozen waterfalls and looking after my son.