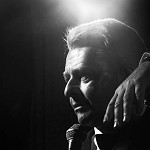 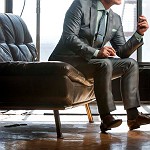 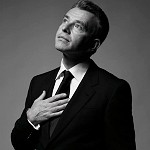 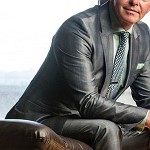 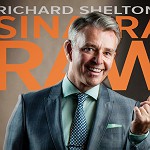 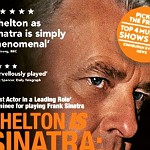 People jostle for position and the air is electric with anticipation.

Sinatra drinks ‘One For My Baby’ too many and starts to reminisce.

Then things take a turn…

This is the 2am Sinatra you dream of meeting.

What the Critics Say:

His ‘Best Actor in a Leading Role’ nominated performance as Frank Sinatra in the hard-hitting drama, ‘Rat Pack Confidential’ on London’s West End brought him national attention in his native Britain.

Currently resident in LA, Richard is best known to American TV audiences as Arnaud in ‘Jane the Virgin’ and Mr Benson in ‘House of Lies’.

In the UK, Richard is known for his 2-year stint playing the charmingly murderous Dr Adam Forsythe in ‘Emmerdale’.

He was nominated ‘Best Supporting Actor’ for his role as Detective Forbes in both the British and Chicago Horror Movie Awards.

Sinatra: Raw received an unprecedented number of five star reviews at this years Edinburgh Fringe Festival. It's a powerful portrayal of a man who for so long was the undisputed 'top dog' and for whom now in his latter years, time has passed over.

If you only go to one theatre show this year, make sure it's this one!