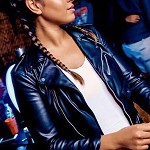 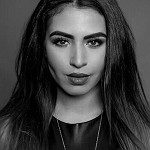 After a long friendship and sharing a love for music, Safae Fazzari and Randy Matahelemual came together to form Soulroots in 2011 and they haven’t looked back since.

In the past years that went by this duo from Rotterdam, The Netherlands made stunning appearances at Latin Village, Mysteryland, The Djoon Experience, Liberation, L’Afrique and have shared stages with musical influences Black Coffee, Culoe de Song, Boddhi Satva, Shimza and Manoo to name a few.

Next to doing appearances across The Netherlands, the duo had also put effort into producing their own event  ‘LIBERATION’.

Since May 2014 Safae has moved to Dubai.

After being settled for a while it’s time to let the people in Dubai fall in love with the same sound she stands for.

Fusing styles and mixing influences, she combines the uplifting and melodic elements of Deep and Soul with the raw intensity of Afro and progressiveness of House to create a sound uniquely their her own.