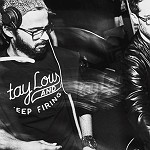 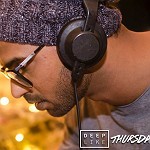 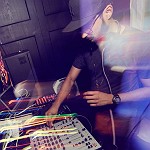 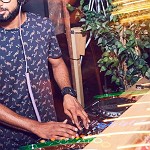 Having lived out most of his life in the city of Dubai, JC made DJing a career after years of never imagining it could be more than just a hobby of just collecting records.

His stompin’ style which is crossover between various sub genres of house music and his ability to read a crowd gave him quick recognition amongst local DJs and clubbers.

In 2005, JC started working at Ohm Records. Being the only independent record store in the Middle East and the people responsible of bringing club nights like the FingerLickin’ Sessions, Renaissance, Cocoon, Get Physical, Minus, Shindig and the Chill Out Festival to Dubai.

In 2006, JC signed on as a resident DJ for Trilogy, Madinat Jumeriah, where he spent two strong years. Being the youngest DJ to be on the clubs roaster.

2008 saw him join the audio tonic family at 360 (voted as one of the Top 100 venues by DJ mag) on Friday to play for their sunset sessions.

His residency at 360 has seen him gain a firm standing in the chill out scene in the region with his bi-weekly sunset sessions for audio tonic.

The same year JC joined NOBU as their resident DJ for this international franchise.

2011 was been one of his busiest years yet with his weekly residency at Calabar, The Address Downtown, which saw him play with acts like Christian Prommer, Sasse, Eddy Meets Yannah, Hot Toddy, Boca45, Seiji, Rainer Truby, Michael Rütten, Darshan (Metro Area), Michael Reinboth and many more.

Music being the air that he breathes, his charisma behind the decks has set him firmly as one for the prominent players in the local scene.