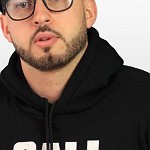 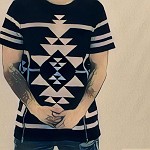 Major Flow was born in Lebanon and started playing in 2002.

He started his formal music education through participation in various Parties in school and university .

He’s always been a student of music and wants to remain one.

He started DJing by making mixes of many songs to listen to from a simple dual tape deck and after encouragement from his close friends, family, and a few Djs he decided to actually go for it professionally.

Their belief in his abilities inspired him to take the leap and he never forgets it.

During 2016 new year he was DJing in front of more than 100,000 people near the tallest building in the world. Burj Khalifa, and nominated best Club DJ.

Recently he is a part of the SELEKT Talent Agency alongside the best DJs in the Middle East.

He has had the opening set for artists such as Akon, Sean Paul, Mr Vegas, Elephant Man, Wayne Wonder, 112, Fatman Scoop, Black Street, Don Omar, La Formula and many more.