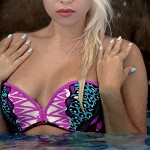 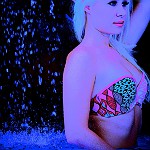 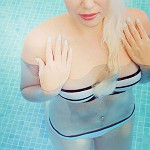 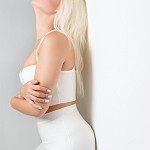 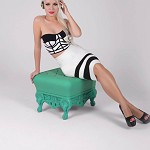 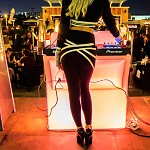 Swedish DJ based in Dubai.

Eden Olovson, deep house addict and urban music lover, was born in Stockholm and then partially raised in Marbella.

Latin sounds became early influences in her childhood. Trained in classic Flamenco dancing, Eden experimented with many dance styles as music became an integral part of her life.

Hip Hop followed later on when she finished her high school studies back again in Sweden.

During this time she also hosted a local radio show for the Latin community and lead a dance crew as a hobby.

Inspired by a quest to travel, Eden relocated to Dubai and began her career as an air hostess.

A few years later and 40 countries visited, Eden retired her wings and decided to focus back into music, beginning a new career as a DJ.

Landing her first residency immediately at a prominent lounge bar, Eden quickly found success and a reignited passion for music.

She added piano classes and music theory to her skills and started composing music and working with various producers.

Drawing inspiration from all over the world, she found her unique style of harmonic mixing.

Her sets are filled with everything from eclectic and mystic sounds, to deep and sexy grooves, while keeping the transitions flawless and surprising.