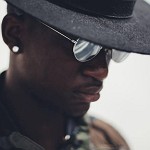 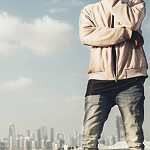 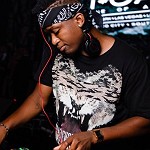 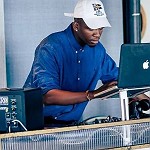 The  twenty five year old Mr. Levier started his journey into fashion in the winter of 2011.

He began by making hand crafted jewellery in Dubai and selling to the industry's elite which included footballers, musicians and socialites.

Soon after that he ventured into styling and blogging which was the birth of Mr. Levier lifestyle blog, a  platform dedicated to promoting urban culture, entertainment, fashion, music, art and design.

Through this he has worked with some the biggest brands in the industry such as Nike, Tommy Hilfiger, Saks Fifth Avenue, Adidas, Sony, Gap, Paul Smith, Kenzo, Armani Exchange and Vans to name a few.

The other side of Mr. Levier, though very recent, is his first love, music, which translated into becoming a DJ.

Growing up in a musical home playing instruments such as the drums, violin and piano, he's always had a passion for music.

DJing began in 2015 after a long night out with friends, they decided to go buy a Pioneer SB controller which at the time  seemed like a harmless past time translated into passionate hours of practice, downloading, hardware upgrades, and self teaching via Youtube resulting as hobby turned career.

In the short time DJing young Levier has played at some of the biggest venues in the Middle East which includes, Pacha, Movida, VIP Room, White Dubai, Cavalli, Cirque Le Soir, and holds residencies at Provocateur Dubai and Billionaire Mansion.

And internationally playing for events such as Formula One Grand Prix, 1Oak NYC, Kiss Club France and Le Maginifique to name a few.

His unique style of playing mixes Hip Hop, Funk, House, Dance, Afro, Reggae and Latin, making sure you get the perfect combination of open format music.