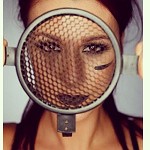 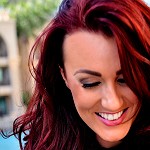 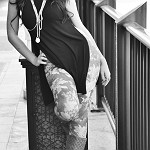 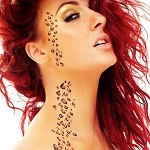 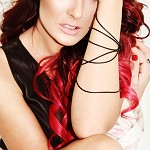 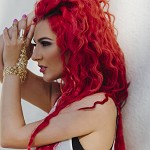 They all thought she was a dancer till the voice came…

Pimms Brooke grew up in North London where she began her journey into music. Influenced by jazz, soul and funk her vocal style was invoked listening to the likes of Etta James, Nina Simone, Barbra Streisand, Frank Sinatra and Celine Dion.

From a young age she wrote journals everyday, which progressed into poems then songs.

As a child she was always singing and performing at any chance she could get.

Once her talent had been discovered she attended stage school and music college where she gained her knowledge of music business, production and songwriting in East London where the fun began…

Pimms has a very eclectic style of vocal and listens to many genres of music such as house, soul, commercial, hip hop, dance, drum and bass and even classical.

Keeping to her roots of soul and jazz these have all helped her build and prepare herself for a life on the stage and showbiz.

Pimms Brooke has expressed her multi talents not just singing but acting, modelling and voiceover work.

Since coming to Dubai Pimms Brooke has performed for some great venues such as The Act, Music Hall, GQ Bar and events such as Mojeh Fashion, Ahlan Hot 100 and more…

Pimms had just released her debut single Not Giving Up which be the first of many off her forthcoming album Under The Layers, which will be available for download on iTunes, Google Play, Amazon and many music platforms.

“As an artist of any kind you will never paint the same picture twice. Never sing the same song exactly as before… My motto is and always will be Everything You Do Is Unique.”