Salha and the Million Dollar Band 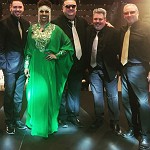 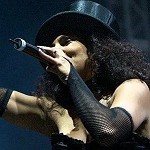 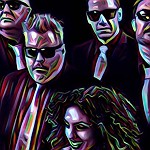 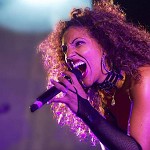 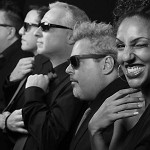 Salha is rightly regarded as one of the most sought after female vocalists in the Middle East.

Famous for her chameleon like ability to strut her funk in an afro or drape elegantly over a grand piano, she brings her vast experience to every audience at every event in every style.

Elegance, exuberance and attention to detail have become her benchmark as her reputation has constantly grown from her very first performance.

After playing several contracts in the Middle East with her acoustic duo, ìZephyrî, she formed the Million Dollar Band using Dubai's finest musicians.

She has since seen her vision grow into one of the most successful and well respected corporate bands in the region.

One singer, one choice, one lady.

Joel White - Keyboards & Vocals
The son of an opera singer, Joel White began playing classical piano at a very early age and has now been performing professionally all over the world for over fifteen years.

After studying commercial music in Vancouver, Canada for two years he found himself swept up by the industry and spent the next several years travelling Asia and Europe performing in a wide variety of musical acts.

While working at the Grand Hyatt in Bangkok, Joel had the privilege of working with Tommy Emanuel on the music for the Klauster Beer campaign which was recorded at Sony Music and aired across Asia for over two years.

In 2001 Joel moved back to Canada and became the principal piano keyboard player for Proud and Penniless Productions for a period of three years.

During that time he supported many of the most prominent tribute artists in the country including Bobby Bruce, Dave Battah, Sandra Volodoff and Karen Grainger.

With Proud and Penniless, Joel performed at some of the most prestigious venues in the world including a tour of New Zealand, Malaysia and the Caymen Islands. Joel also toured United Nations bases in Bosnia with the Shagadelic Swingers and Second City Television (SCTV) .

Now living in Dubai, Joel works with several acts and has entertained at some of the world's largest corporate events. He is working on recording projects with the country's best original artists and always looks forward to what the future will bring.

Kara Gray - Bass & Vocals
Born to poultry farmers in rural New Zealand, Kara was the first of his family to go to the big city and get an education.

He studied at the Conservatorium of Jazz Music and completed his degree in classical studies at Victoria University in Wellington.

From there he went on to tour with several bands throughout Asia and the Middle East.  For the last two years, he has been based in Dubai where he has played several different upscale events.

Kara is skilled at both electric bass and guitar; he has also been the lead singer in several bands throughout his career.

He writes original music in the vain of The Police, Bob Marley, Kora (from New Zealand) and James Brown.

He then joined top major recording artists as a session player for live touring and Studio work.

Alan then went onto support major artists such as Gary Moore, Europe, Barcley James Harvest, It Bites and various live and studio sessions, at the same time taking the MD’s job for the extremely successful Stars In Their Eyes TV show.

In 1997, Alan was hired to play at one of Dubai’s famous nightspot Pancho Villas and is now the backbone of the number one band in the Gulf - Salha and the Million Dollar Band.