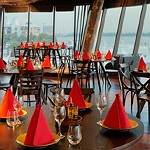 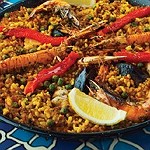 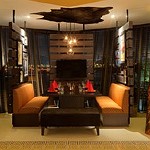 Casa De Tapas, modeled on the traditional rustic Bodega style venues found in the alleyways of Madrid, is now open at the Dubai Creek Yacht Club.

The restaurant features classic Spanish dishes from Andalucía to Galicia, ideal for sharing and created by a highly qualified team of chefs who all hail  from Spain.

Everything from the paella to Sangria, menu to music, and décor to drinks has been created uniquely to offer a little slice of España right here in Dubai.

Without doubt Casa de Tapas is the home of the best paellas in Dubai, traditional favourites include 'Paella de Mariscos' seafood paella and the delectable 'Paella de Fideua' which is a unique form of paella made with angel hair pasta, shrimp and squid ink instead of rice which is not available anywhere else in the city.

Mains include a range of meat including the 'Paletilla de Cordero de Avila al Horno' a 9 hour slow-roasted milk fed baby lamb shoulder from Spain and unique and traditional seafood such as 'Lubina a la Sal' which is whole sea bass encrusted and baked in rock salt.

The restaurant's focal point is a large inverted lemon tree which pours from the ceiling. Below this is the main bar which forms the central anchor of the room where guests can sit and enjoy their Sangrias and Cañas while taking in the spectacular creek views or looking at their favorite sports on any one of the many TVs.

The décor has been inspired by traditional Spanish bodegas using dark woods, mosaic tiles and hand painted ceramic plates on the ceiling.

The venue offers guests tables a selection of sharing tables as well as private booths; each decorated with Spanish art illustrations as well as a more traditional dining room.