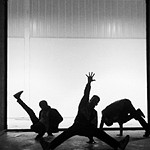 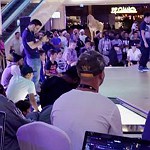 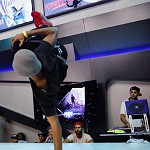 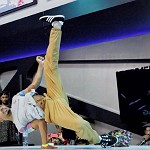 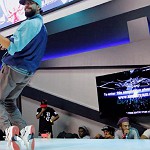 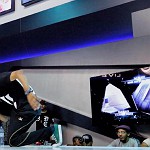 SLAM FAM started with an idea to form a movement that adopt all talents and imply the elements of Hip-Hop in the scene.

SLAM (which means Peace in Arabic) FAM (Family) is an open dance community and gathers a family of close friends with a common love for dance and arts.

SLAM FAM gathers now a community of accomplished dancers, each with their own specialty and style, they bring to the stage a great mix of humour, musicality, high-flying and eye-popping tricks, innovative choreography, and personality that consistently brings audiences to their feet.

Their passion for dance has led them to professional careers in the dance and entertainment business.

We are aiming to grow the Hip-Hop scene in the MENA region by inspiring the new generation and boosting them with the right spirit and motivation.

Since 2007 SLAM Movement FAM has been putting effort to provide the scene with what it is missing, spreading knowledge and experience along with building opportunities for the dancers in the region to do what they love.

Our vision and goal is to organise four jams annually for the local scene in the MENA region and to make one or two annual international competitions to gather all the international Dancers, Graffiti Artists, DJs, Musicians and Freestylers hoping to make Dubai the Capital of Hip-hop by 2020 and represent UAE internationally.

Organised, hosted and participated in events, competitions and workshops involving the different aspects of Hip-Hop locally and internationally.

We presented SLAM to the public at Red bull Breaking Regional 2010 and represented the UAE at IBE, Mighty 4 Middle East, chelles PRO BATTLE and Juste Debout.