The Artisan by Enoteca Pinchiorri 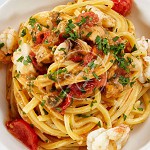 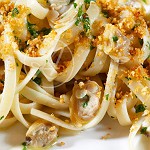 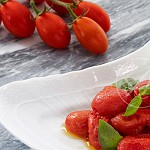 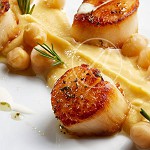 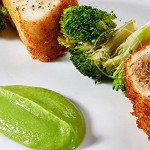 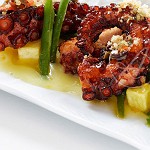 Famous in Florence and beyond, Enoteca Pinchiorri is known ofr offering a feast for the senses.

L'Enoteca Pinchiorri is home to one of the best chefs in the world, and the three Michelin stars main restaurant in Florence has been highly acclaimed since the 1970's.

Thanks to Annie Féolde and Giorgio Pinchiorri’s passion for food and wine, today, Enoteca Pinchiorri is more than a restaurant: an institution of gourmet excellence, a destination for all discerning food, wine and ambiance lovers.

The Artisan by Enoteca Pinchiorri is yet another chapter in a rich culinary history. It is a sensational awakening and a celebration of Italian excellence, characterised by delectable dishes, an exhaustive wine selection, elegant interiors and friendly service.

The Chef
The story of Annie Feolde, from Nice to the top of world cuisine.

I was born in Nice, France, in a family of hoteliers.

My grandparents first and then my parents, who worked at The Negresso in Nice, introduced me to the two faces of a life dedicated to the public: a great pleasure through human contact but also a lot of sacrifices in life.

That's why I did everything to avoid doing this job.

Searching for my own way, I went to Paris to work as a clerk at the post office, but it was not for me, so I repacked my bags and left for London.

A year later I was in Italy. Here I met Giorgio Pinchiorri in 1969: at the end of the '60s he worked at the restaurant Buca Lapi and a few years later, in '72, he was appointed manager-sommelier of Enoteca Nazionale wine cellar, in a historic building in Via Ghibellina.

The restaurant began as a wine bar, then turned into a buffet with appetisers to accompany the wines served by the glass.

The first real hot dishes came in '74: Ossobuco and homemade noodles by the mother of Giorgio and appetisers and desserts according to my imagination.

In other words, I am self-taught and happy to be so. My reference points were the books from which I have drawn freely.

At first, I took a lot from French cuisine books, because for me it was easier but then I understood that I had to study the Italian traditions, in order to respect my new country and I became more and more interested in local products and Tuscan recipes that I revisited in a contemporary way.

Nowadays we have such a fantastic team that everything goes well and I can trust them. They are serious young professionals, under the careful guidance of executive chef Riccardo Monco and director/sommelier Alessandro Tomberli and I have become the official taster of the house !

Today we use modern techniques to achieve better results in terms of taste and emotion and to meet requirements of lightness and digestibility.

In addition, as always, we love to experiment, browse, mix different flavors in combinations that may seem daring but on the palate are a perfect match.

Let me conclude with what I think is the secret of a great success: never stop and always try to improve. We, at Enoteca Pinchiorri, ask ourselves every day what we can do more and better.

Who hesitates a second, falls back.

An Evening with Amir Khan
Sport, One-Off Event
Related to The Artisan by Enoteca Pinchiorri