For safety reasons, children below 2 years old are not allowed to enter Ski Dubai.

Advance bookings are recommended to avoid disappointment, in particular for lessons and Penguin Encounters 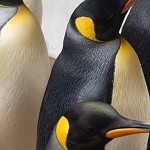 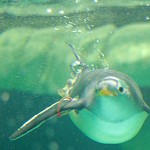 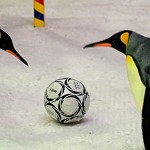 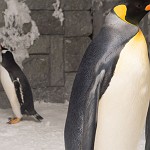 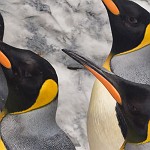 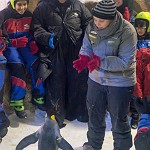 Our King and Gentoo Penguins at Ski Dubai reside in the most sophisticated habitat in the UAE.

The enclosure consists of several areas including a private pool, a top deck area with rocks, and a private holding area.

For guests who will be doing the Penguin Encounter, there is a possibility to see the penguins through a glass wall, as they will reside in their private pool or on the top deck.

The private holding area will not be visible directly to public.

Our kitchen is fully equipped to provide daily fish banquets for the Penguins, and if needed, a hospital facility is available.

The penguins are free to move around the private pool, top deck and their private holding area.

Gentoo Penguins
They are the third largest penguins, following the Emperor and King Penguins. They are actually birds and they lay eggs!

They have a white "cap" extending from their eye to eye over the top of their heads. There are more than half a million Gentoo Penguins living in the wild.

They use nesting materials ranging from pebbles and molted feathers in Antarctica to vegetation on sub-antarctic islands to build their homes.

King Penguins
They are the second largest penguins, following the Emperor Penguins. They too are birds and they lay eggs!

They have a black head, chin, and throat, with vivid orange, tear-shaped patches on each side of their head.

Their total population is estimated to be around 2.23 million pairs and is increasing. They walk slowly and do not hop.

March of the Penguins
You can watch our penguins march in the Snow Park several times a day.

Opening:
Daily from 12pm until 9pm.