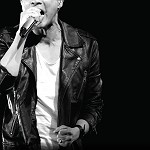 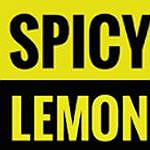 We’re back and ready to bring you more music and concerts produced and promoted with the brand values that are intrinsic to Spicy Lemon.

After the huge success of our shows in October 2013 when the legendary Rivermaya made their UAE debut and Filipino king of rock Bamboo produced a five star show at the Dubai World Trade Centre, the Spicy Lemon music team have been constantly looking at new ways to take the music scene forward not only in the UAE bur further afield.

The following year (2014) we linked up with the mighty Bamboo again, while Rivermaya, Gloc-9 and Kamikazee starred in a three-band bill just one week later.

And with a host of big names jostling to be on future bills, these are again busy and fun times for Spicy Lemon.

In 2015, we embarked on our biggest project to date when we were asked to produce the final show by concert heavyweights Kamikazee. After 15 years at the top, the band wanted to take a well-earned rest from the trials of recording and touring – spending time with their families and enjoying other non-Kamikazee business pursuits.

Taking on the challenge, Spicy Lemon decided to give them the biggest stage of their lives – a headline show at the world-famous Smart Araneta Coliseum in Manila. And you showed your support by filling the 15,000-seat arena and enjoying one of the best concerts of 2015!

Well stay tuned as we get set to announce and major UK and Ireland tour for one of the biggest names to come out of the Philippines.